(disclaimer: I’m not back from hiatus yet, but this is a post that needs to published and one that is very important to me, so here I am.)

Hey, friends. Today I’ve got a very different kind of post for you.

I don’t usually talk about issues like abortion on this blog. Maybe I should. I’m a Christian and have some very strong, important views, but I’m not great at talking about them. I don’t like causing conflict, and that can make it hard to talk about things like this. Fortunately, I know someone who is very, very good at writing blog posts and spreading awareness on important topics.

Guysssss, I get to review an awesome new indie author! *is very excited* This book is so, so good. I was fortunate enough to be able to alpha for it, and now I was able to read it as part of the launch team, and it got even better from when I alphaed for it. So, shall we jump it? 😀

And friends, I know posts like these can be boring, but I think this book really is worth knowing about.

Let’s start with my mini review. It’s a mini review cause I don’t want to give spoilers. *nods* 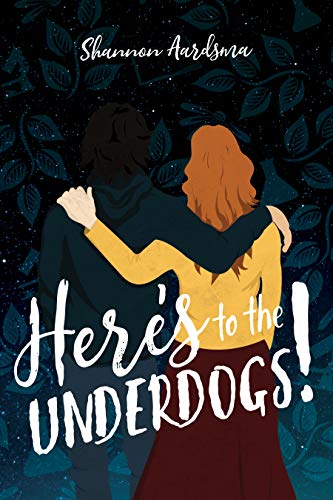 Benjamin Connley is an outcast at school. His depression leads him to make a very drastic decision, but it is because of this decision that Ben realizes how selfish and blind he’s been, thinking only of himself. His only true friend is Colette…that is until he starts meeting others who are struggling as well. His small group of friends grows and bands together to form the Underdogs. By sticking together, and learning about God’s love and grace toward them, they are able to repay the hate that they’ve been shown with love and kindness, starting a revolt against bullying and leaving behind them a legacy that won’t be soon forgotten.

This book… ahhh, where do I start? It hits my heart, I guess that’s a good way of saying it. “Here’s To The Underdogs!” deals with a lot of subjects very close to my heart. Depression, suicidal thoughts/suicide, loneliness, not fitting in, and many others. And this books deals with them in a beautiful way.

I think this book’s story is a message of hope, and I think it’s a message that will somehow reach every readers in some way, because it deals with such a wide range of relatable topics.

I’m so very glad to know about this book, and to have been able to read it. ❤

The only I didn’t like about this book? I wanted so, so much more of it! AND ALFIE SHANNON I DEMAND MORE ALFIE IN THE FUTURE. I DEMAND IT. SERIOUSLY.

Oh, and more after that epilogue, of course.

And now, for the interview with the lovely author, Shannon Aardsma! My questions are in bold, Shannon’s answers are in italic, and any comments I have after are in this normal text.

1. What gave you the idea for this book?

The book was originally about Colette and was actually based on an imaginary game some friends and I used to play. I’d play as Ben and Colette, and my friends were Morgan and Marcus. But the book didn’t have a good plot, and then, after role-playing with Ben, I decided to make the story about him instead. He gained a better backstory, and “Here’s to the Underdogs!” was born. And I owe pretty much everything to my good friend, role-playing buddy, and first alpha Saige Ross. She’s the one who got the book rolling and kept me writing when I didn’t want to. So, thanks, Saige. 🙂

2. How long has the book been in progress?

3. Do you have a favorite character to write, or are they all your babies? 😉

I love them all! But I have to admit that Ben is especially special to me. He’s my oldest character. He started out as an imaginary friend when I was seven or eight, but he’s come a long way since then.

Characters that start as imaginary friends are awesome. ❤

4. Do you have any resources that helped you while writing the book?

The internet. 😉 In all honesty, though, I turned to Google a lot. As this book wasn’t rooted in facts, I didn’t have to do a lot of research for most of it, but there were certain scenes that required some digging.

5. Where can readers find you online?

“Here’s to the Underdogs!” will be available on Amazon, and readers can find more about me and my other books on my website: Shannonaardsma.com.

6. Do you have any more books in progress that you can tell us about? *wink wink*

I have many many books in the works. *wink* The book I plan to work on next is a medieval fantasy (yay!).

7. What do you hope people reading “Here’s to the Underdogs” feel like after reading the book?

I hope my readers fall in love with the characters as much as I have. I hope they enjoy the book, of course, and take good things away from it.

If you’d like to read “Here’s To The Underdogs!”, the e-book is on sale for 99 cents during launch week! The paperback hasn’t reached Amazon yet, but it’s due to within the next couple of days, so if you prefer a paperback copy, you can keep an eye out for it.

Thank you for reading, lovely friends. ❤

GUYYYYYSSS GUESS WHATTTTT!!!!!!! An amazing blogger and friend of mine is starting a new blog! 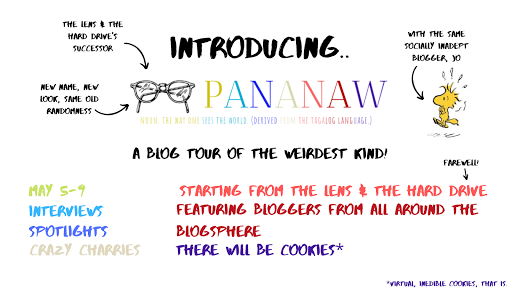 Want to know who it is? Of course you do, because she’s perfectly AWESOME. It’s Jo, from the Lens And The Hard Drive, an AMAZING blog. But now she’s starting a new blog, and it’s going to be just as amazing, awesome, and splendid! Click HERE. Or, here’s the handy dandy link, too. https://pananaw.home.blog/ Go. Shoo. NOW.